If I have to be honest, this was probably what I was looking forward to most of all on my trip to NYC. For all the people who think it was the firefighters I was running to look at you are ABSOLUTELY wrong,  the first thing that sprung to mind when I heard we were headed to the FDNY academy was 9/11 and how this team of individuals pulled together for one of the most intense rescues of our lifetime. I think visiting the 9/11 memorial  & the museum only a few days before and seeing so much of the rescue documented as well as reliving my own memories of watching 9/11 unfold told me that this was going to be a day to remember.

Nothing could have prepared me for our day at  Randalls Island otherwise known as “The Rock” training facility– this training facility exclusively trains the New York City Fire Department which encompasses the five boroughs of New York City which includes The Bronx, Brooklyn, Manhattan, Queens and Staten Island.

We were taken around the facility with some of FDNY’s longest standing team members and captains, quite a few of the guys (sadly no women showed us around) have been with the department for over 17 years and speak about the department with such immense pride and passion that its nothing short of mind blowing. Every single one of these guys said they had the absolute best job in the world.  “We leave our first family at home and come to work with our second family”. The way they interact with each other at work also spills over to their personal lives where they are great friends outside of work & their families are too!

These firefighters have each other’s backs in absolutely every situation and they really understand the importance of team work; every single person in their unit has their own specific role to play in any given scenario and without each individual carrying out their specific role no rescue would be possible. They truly understand that there is no singular hero in their team – they are simply a unit doing a job to the best of their ability.

Here are some interesting facts for you on the New York Fire Department:

Imagine if your business and your culture was so sought after that you had so many choices in your next recruitment drive!

Some of the quotes that we saw / heard at “The Rock” were:

Read my next blog when we get dressed in full firefighters’ uniforms and go through a solid day of firefighting training on “The Rock”. 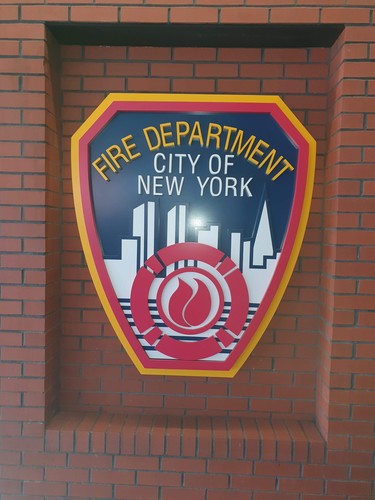